The Biggest Threat to the ECSO is the Deputies/Sheriff 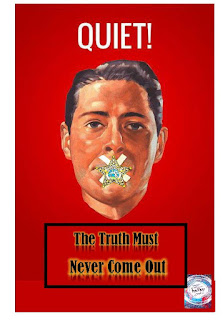 Apparently, in the wake of my last few blog posts, Steve Cappas has been trying to figure out a way to sue me to get his transcript excerpts taken down. I find this so amusing because this man has committed numerous felonies against so many people, depriving them of their constitutional right to due process, and I am his concern. Cappas should be concerned about Joe Zarzaur’s next move or perhaps the real likelihood of prosecution or maybe the number of cases he has handled that may be overturned in light of his participation and questionable evidence handling.
In researching the duties Cappas should have upheld, according to FDLE, I found this (My apologies for the blurry quality. Please see the link for a clearer view):
Plainly, as simple as the rules appears to be, Cappas had difficulty following them .He stripped constitutional rights from individuals on a whim. He allowed evidence to be exposed to tampering threats and possibly lost that could be exculpatory to individuals currently incarcerated or that could have put more people who broke the law behind bars, justifiably.
In true fashion of the ECSO, there has been no response or change in policy regarding the shocking evidence handling procedures, Cappas has adopted. The agency staff members have been busy overseeing back to back investigations on one officer as well as preparing admin for the numerous jury trials against them in the near future.
One of the claims being investigated is that an officer used profanity. The recommended punishment is termination. The supporting evidence includes a statement given by Capt. Hall. She is also on leave for misconduct involving dishonesty. However, her statement getting an employee fired was taken as truthful, but she will likely suffer adverse employment action for being dishonest.
Another investigation into Facebook posts or gossip including derogatory remark about David Morgan has recently been completed. The employee suffered serious penalty as well. There was no law violation. There was no indecent behavior. Never tampered with evidence. Never destroyed evidence to avoid detection of a crime. This employee insulted David Morgan unknowingly and will suffer serious consequence.
In accordance to status quo, the idea that Cappas being untruthful would catch the attention of ECSO staff members is a fallacy. However, it seems like if officers can be terminated for using profanity when upset, there is no doubt admin would expeditiously handle the admitted criminal behavior of Cappas. But sadly, that assumption would be wrong. Cappas is a follower. He is willing to evade lawful conduct and hide behind the fact he is following orders. He should know he isn’t excused for improper behavior because his superiors don’t choose to follow law. Yet I am sure I will be the scapegoat if Cappas is, in fact, arrested for criminal activity.
Cappas should seek advice on how best to avoid that inevitable outcome because currently, he is a fall guy for improper/criminal acts in the Manning case. He may be satisfied with being sacrificed. If he is sacrificed and loses his freedom and/or job, he can at least celebrate not having to explain how one person could be so spineless and blindly follow orders that are contrary to procedure and law, affecting anyone’s freedom . His conduct should be addressed immediately by the ECSO Administration and he should be investigated while on leave just as all other employees when an investigation begins that is serious in nature like offending David Morgan. However, offending, Sir David is far more serious in the eyes of this administration than wrongfully, criminally mishandling cases. This is your Escambia County Sheriff’s Office.