It’s November 16th, and a bit late to start giving thanks but better late than never.
I am thankful that I have the ability to do what I do. My family doesn’t always understand but nevertheless, I have the leeway to jump out on a limb for things I care about without condemnation.  Appreciation is taken for granted but I am beholden to my husband and family for letting me be me. Not they had much choice, because I am hard headed, but I don’t get much flack anymore.
The fact that anyone is reading this is amazing to me. I’m just a woman with a big mouth. I’ve never asserted my superiority over anyone; I just think the people in the positions of power should be held accountable. People go through their days everyday without knowing their decisions impact the lives of other people. Politicians should be more cognizant of this fact and they should be thankful everyday they can have the ability to change the world, but all too often, they lose sight of the big picture, seeing only the ass-kissers and their “yes” men who follow them blindly. This tunnel vision gives them the sense of invincibility and that carries with it such arrogance and it blurs the vision of the lines of right and wrong. It is the nature of politics. But that tunnel vision has be broken by people who see a bigger picture or who see the lines between right and wrong vaporizing.  Everybody agrees that if a cop shoots an innocent man, the cop should be held to the standard of anyone else–no special treatment, but when that same cop is smiling and shaking people’s hand and stealing from them, that’s just as wrong and anyone witnessing that has an obligation, a duty, to society and the greater good to say something. That is why I do what I do. I thank God for giving me the ability to do so.
The first thing I want to address in this series is a case that truly hurts my soul. Stephanie Todd. This beautiful, eccentric woman disappeared in February. In July, skeletal remains were found 75 ft from her back door that is presumably her. This is a mom with kids who faded into a oblivion one day after putting her kids on the bus. No missing person report was taken; no investigation into why. There are several possible explanations. 1. Stephanie wasn’t wealthy & lived in Brownsville 2. Stephanie was a vocal about local political corruption, particularly the crooked deputies at the ECSO. She’d had run ins with a couple which she was victimized due to her pissing off Sir David’s buddy, Mirza Ahmad.
But since the remains were found in July, steps from her back door, the assumption is the body is Stephanie’s. However, no one smelled the decomp. that should have been overwhelming being so close to her home and no one looked in the woods just beyond the back door of her home when she went missing. Months later, the cause of death of this body that is probably Stephanie is officially deemed suicide. Now that would seem to close the investigation of the case having decided that no crime occurred, but that is wrong.  The investigation is still “open” which is problematic for someone like me because that means they won’t release any information as a public record. So this case just withers while no one is verifying who the body is or why no one smelled the decomp or why my friend was never reported missing.
A person’s life is never supposed to be so easily erased without someone giving a shit, but this is a “misdemeanor homicide” in my opinion, suicide was the easy out in resolving it and to not have to put manpower into a real investigation. So today, I want to take time to be thankful that Stephanie Todd lived. She was an eccentric but wonderful woman that I miss very much.
Wherever you are Stephanie, someone still remembers you. Your story isn’t over yet. 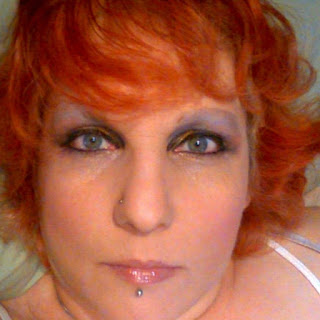