King of Prevarication & Duke of Cronyism BACK TOGETHER AGAIN

YES, MORGAN & UNDERHILL are teaming up again to fleece the county.
This is not news to most of us, but Morgan has gotten much more bold with his latest campaign to discredit the BOCC for the extra fraction of the budget that he is not getting. The most recent confabulation is that he will have to cut SRO’s out of schools, end funeral escorts and cut courthouse security. This is moronic for many reasons but the best reasons are that a.) SRO’s are funded 50% by the school board. Pulling them out means Morgan will have to make up that 50% of SRO salaries normally paid by the school board. Thus no money is saved, but expended.  b.) court security is paid for entirely by Pam Childers. If that is pulled, Morgan would be on the hook for those officers entire benefits and pay.
The funeral escort situation is there to play on Southern civility which isn’t affected by the school and the courtroom scare. It is truly the only service in dire straits.
This is where UnderLING steps in. Morgan is making such a stink about notnegotiating and has started a propaganda campaign, disclosing commissioners email addresses and direct phone lines. His call to action hasn’t turned out the way planned but Underhill is sending out emails to ECSO and the school board that clarifies his want to give in to Morgan’s demands.

This email fails to address the fact that according to Fla Statute, SRO’s can be funded through the controversial LET Fund.

While Morgan and Underhill conspire to keep anyone from looking at Morgan’s budget closely,  I suggest that the people start a real “ask the sheriff” by calling him & emailing him to ask why he is floating these BS scare tactics about schools when it is to his fiscal detriment that they are removed…a bigger money problem.  Or contact your BOCC chairman, UnderLING, and ask why he is trying SO HARD to cover the gap to keep the Sheriff happy.  Who cares what makes Morgan happy?  It won’t fix the problems in the ECSO.

Why aren’t people more pissed off that Morgan created not-so-safe neighborhood and THEN threatens to pull SRO’s out of schools? Isn’t that adding insult to injury? Aside from the money,  he made the neighborhoods more dangerous by running off deputies left and right.
THIS ISSUE IS ABOUT MORGAN MISMANAGING THE MONEY HE HAS ALREADY….NOT HOW MUCH THE DEPUTIES SHOULD GET PAID. THEY ARE THE VICTIMS OF HIS POOR MANAGEMENT. ALSO, MORGAN CANNOT AFFORD TO PULL SRO’S OUT OF SCHOOLS OR THE COURTHOUSE.  PLEASE CALL HIS BLUFF AND TELL HIM WHAT A LIAR HE IS AND TELL UNDERLING THAT HE IS NOT DOING HIS JOB BY GIVING IN TO MORGAN’S MONEY GRAB, SCARE TACTICS OR HARASSMENT OF THE COMMISSIONERS.
NEXT TIME YOU SEE MORGAN THREATEN TO CUT SOMETHING OR JUSTIFY HIS SPENDING, REMEMBER THESE POSTERS. 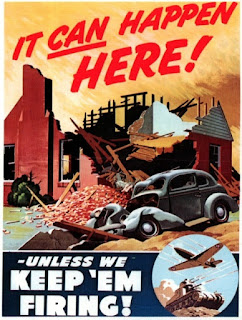 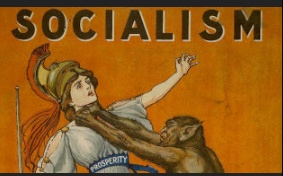