Skip to main content
Labels
Posted by Conjuring Justice May 26, 2016

Commentary on the Escambia County Sheriff’s Forum May 23, 2016 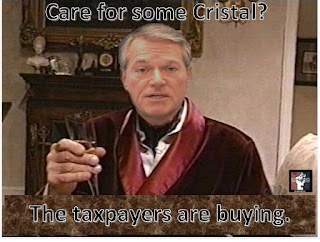 I don’t know what to say. Should I start with the biased reporting of Kevin Robinson by claiming John Johnson “attacked” Sir David? Mr. Robinson does not understand the meaning of the word “attack” if he thinks that is what Johnson did.  Johnson merely unveiled the current conditions to the people. Morgan likes to whitewash the community erosion by saying it does not exist.  Escambia County isn’t Never Never Land. It evokes the tale of the Emperor’s New Clothes.  Sir David would have the citizens believe his rhetoric over the statistics, experiences of people around him. Let’s not forget the community vulnerability that cannot be explained away. Citizens are targets in their own sanctuary of Escambia County.  Where there is smoke, someone should be looking for fire.
Finally, to end this rant of bias by PNJ, Mr. Robinson, being a journalist, you should have a better grasp of vocabulary. Could you have used more legitimate wording?  Certainly! Challenged, confronted, impeached are all better descriptions of the dynamics of the forum. Unless Robinson’s vitriol was part of the propaganda machine of Team Morgan, there is no reasonable explanation of Robinson’s choice of words.  Ignorance or Venom—you decide.

Mr. Robinson, do you or the PNJ get LET money to provide endorsements of political candidates?

Issues in the Forum

One of the most conspicuous things I noticed was roughly 19 minutes into the video. The moderator noted the long-standing corruption problem and asked what the candidates would do to increase public trust in the ethical (snicker) behavior of public officials. Sir David either misunderstood the question or he chose not to address “ethical behavior”. Funny how there is no reference to the “Good Ole Boy crew” he claims to have removed with McNesby. He’s put that song and dance to bed. Apparently, his hypocrisy has some limitations.
But He does jump into the fact he doesn’t have a “hate-filled Facebook page”.  What does that have to do with corruption or even unethical behavior? It is social media and campaign ads are simply not unethical.  What is unethical is putting a senior officer on admin leave for something that is purely a civil action between his mother and another officer. What is unethical is the targeting of personnel that do not agree with you and forcing another senior officer into early retirement for liking a anti-Morgan Facebook post. How about targeting women and minorities to make their employment environment a living hell of discrimination and condescension? These are unethical.
Perhaps Mr. Robinson and Sir David should take the same vocabulary lessons.
I could continue with the 10+ blatant prevarications & misdirections throughout the forum but I want to discuss something more offensive.  Sir David repeatedly started bombastic, defensive proclamations with “If Escambia County is so bad”.  This is a tragic effort to validate his re-election campaign by trying to bring the virtues of the county to light. He tried to take credit for everything Escambia County great.
So why do I care? There seems to be a perception that I am an outside agitator. That is far from the truth.  I spent the majority of my life in Escambia County.  I came to live with my Dad in 1986. He was a fisherman and a supervisor for BE&K (worked at International Paper).

His name was Jim Barnett (that’s why I’m Jimmie). My Dad was an exceptional man in a very un-exceptional world. He was a straight-shooter that people tended to love. His friends will attest to that, I was the pride and joy of his life. As his only child, he spoiled me rotten but in that, he did teach me the difference in right & wrong. He had more integrity in his little finger than Sir David.
He passed away May 23, 1997. He was a veteran and was buried in Barrancas. There will always be a part of me in Pensacola. My friends and extended family are there. I will do whatever I can to make that area what it should be. It is my hometown. 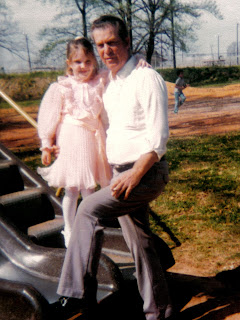 I told that story to talk about the greatness of Escambia County, despite Sir David’s damage. Escambia County is not “so bad” as he would make it sound but he has been detrimental to entire county. He had no hand in making Escambia great, therefore he doesn’t have the power to take away that greatness.
The things that make Escambia great are the people, the values and the ability to live in a community for decades and NOT HAVE TO LOCK THE DOORS. By systematically fleecing the taxpayers, disrespecting the deputies and insulting the citizens, Sir David attempts to blame the community, but I submit to you that he cannot take away anything the constituency doesn’t allow him to take.
As for the disease of corruption, Sir David is patient zero. He is currently the biggest albatross Escambia County has. It is not the Sheriff Dept---it is him. He is either psychopathically delusional or sociopathically indifferent to the crime problem in the county. Sir David is the nexus of racism and discrimination in ECSO as well.  A double digit number of employees have filed lawsuits for discrimination, civil rights violations and hostile work environment.  DOUBLE DIGIT.  This is the largest number in recent history. Ronnie Mc did not have this sort of litigiousness.  When there are this many people seeking judicial relief because of animus at work, maybe it is time to consider the Sheriff is the problem.
In any other job, if you fail so completely by maliciously endangering the community, you get fired or arrested. If you misappropriate money, you go to jail. Why is Sir David allowed to sit in his office? Only the people of Escambia County can unseat this albatross.
Make Pensacola great again, VOTE MORGAN OUT-2016.