The Billings' Murders: An Editorial by Sue Bradley 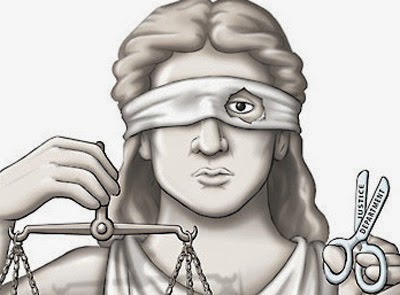 As I’ve said before, this blog is about getting “Justice” for those that didn’t get it. In Pensacola, Florida, it appears that this is an impossibility for some. If you are not well liked in Pensacola, and you are not in the political clique, then you get accused, convicted and sentenced without a shred of evidence.

Leonard Patrick Gonzalez, Jr. and I were not friends in the past and because he has been a hot head with a big mouth, so many people don’t think it matters whether he’s innocent or not. I’m here to tell you that no one regardless of the majority’s opinion should be sitting on Death Row without any evidence against them. If this was you, or a member of your family that this happened to, then wouldn’t you want them to have every opportunity to have a fair and just trial? I don’t believe this has happened in the Billings Murder Case. Not for Leonard Patrick Gonzalez, Jr. or any of the other co-defendants in this case.

I believe, that 5 years later, there are more questions than answers. I challenge any of you reading
this blog to take a good hard look at the evidence in this case. I believe you will find that the murder has gone unsolved!

One person in the case got immunity for turning states evidence. Has anyone with a brain looked at the statement of that witness? It is a FARCE....plain and simple. The witness talks in circles. He contradicts his testimony over and over. He actually corroborates statements made by Gonzalez, Jr., in his first police interrogation, concerning the Mexican and Gulf Coast cartels. No one believed Gonzalez, Jr. even though he said he feared for his life and the life of his family. However, the witness is given immunity while proving no insight or evidence.

This witness is the only person that has actual physical evidence against them. As an intelligent person, I don’t understand it. Is there a cover up that needs to be investigated? If there is, then who do we get to listen and review the evidence? Who is powerful enough to get to the bottom of this case?

Most of this case is open for the public to review. Do “we the people” really want to see another person die for something they didn’t do? I certainly don’t. I have no stake in this case. No one involved is related to me nor am I receiving anything for the time I spend on this case. I--simply as a fellow human being--believe in the justice system and believe that the guilty should pay for their crimes. However, I believe that in this case, Justice has not been done. I believe innocent people are in prison that shouldn’t be and I believe anyone that takes an unbiased look at the evidence will see that.