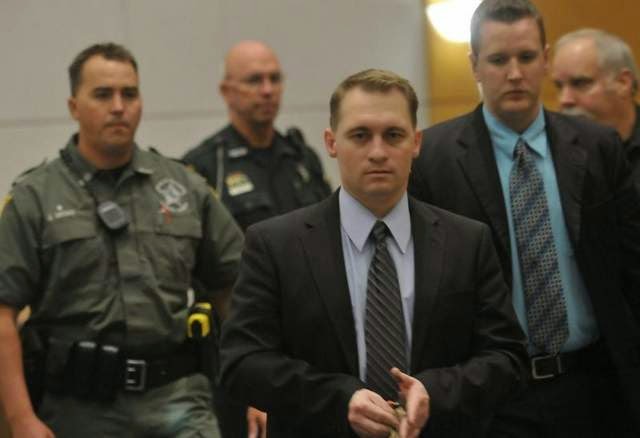 http://www.pnj.com/article/20140412/NEWS11/304120015/Gonzalez-death-sentence-upheld-in-Billings-murders
As expected, the Florida Supreme Court upheld Patrick's conviction for the Billings Murders.  The articles claim, "In upholding the conviction, the state Supreme Court found that the convictions were supported by competent, substantial evidence, according to the State Attorney’s Office." That is a purely laughable statement.

In the public records, in plain English, the state acted against judicial canons of publicly making statements pertaining to pending litigation. They told the public that these men were guilty and used every available news outlet to do so. This is ethically and legally prohibited.  But forgetting all the improprieties in procedure by the state, the DEA, FBI and Homeland Security have no interest in Patrick because he wasn't the "mastermind" of anything relevant to this case. The fact that these agencies are involved supports the claim of this being a much bigger investigation than what happened in Pensacola in July 2009.

Blue Markham gave the van used in the crime to Cab Tice a couple of months prior to the crime. The rest of the evidence clearly leads to Hugh Wiggins's door. DNA evidence puts Hugh Wiggins in the Billings' house with Byrd's blood on his gloves. He also had the safe taken from the house as well as the murder weapon. Found with an arsenal of weapons in intracoastal waterways, his "limited" immunity frees him from ALL charges in Florida and Mississippi  Then you have the surveillance tape which shows a completely different series of events than the prosecution ever presented.  How is that possible?  The tape is the key to this and the state completely disregards the actual events because they don't fit their version of the crime....really????

This is all beyond logical comprehension. How can a man be sent to Death Row by what amounts to a trial in the media? Think about it. This could be any one of us. Would you trust these officials to find justice if you were in Patrick's shoes?
Labels: 2009 Blue Markham Byrd Billings cover-up crime DEA DNA drug Escambia County Sheriff evidence justice Leonard Patrick Gonzalez Jr Pensacola Prosecutor Bill Eddins prosecution scandal