It never ceases to amaze me the legal improprieties surroundings the Billings murders. Judge Nicholas Geeker, former federal prosecutor, who investigated and helped prosecute Operation Sunburn, a major drug operation in the early 1980's, blatantly violated code of ethics he is obliged to keep. In Donnie Stallworth's 2nd trial, when Rakeem Florence and Frederick Thornton were cracking under the pressure of being on the stand, Geeker sent the jury out and called the prosecutors to the side, ex parte. Geeker advised prosecutors that in order to win the case, they would have to establish that everyone told the same story without having time to collaborate because they were all arrested.  He continued to tell them that is the key to winning their case against Stallworth. 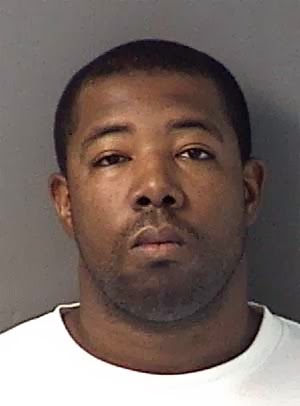 Evidently, it was too late in the trial. Geeker ended up declaring a mistrial due to a hung jury for the second time in 6 months. The prosecutors rallied and finally got a conviction in July of 2011. By this time, the Stallworth family had run out of money to pay for attorney's fees and his fate was left to a public defender, but the prosecutors laid things out as Geeker advised and that coupled with the public defender resulted in Stallworth, a non-shooter, sentenced to life in prison.  After what can only be called a "witch hunt" and thousands of dollars of tax payers' money, they have a man they can't convincingly say was at the scene of the crime, behind bars for the rest of his life.

Just think about this, you have a judge who was a federal prosecutor who opted out of trying a Columbian cartel he had investigated and nabbed over the course of several years, being the one to bring down innocent men not to tangle with that cartel again. Judge Geeker left his position in South Florida at the height of the trials and incarcerations that he commandeered.  Why? The nature of Columbian cartel and their brutality is the best explanation.  Wouldn't it be prudent not to rile that cartel's ally in Pensacola 25 years later?

For those keeping score, we have a corrupt sheriff, David Morgan; a corrupt, prosecutor, Bill Eddins, and a corrupt judge, Geeker overseeing the matter. There is nothing about this case that hasn't been mishandled or polluted by personal agendas. There is no justice to be found in Pensacola.